The Journey to Resurrection

(Lent, Holy Week and Easter in a Monastery) Day 9 Stillness and Silence

“In the early Church, for the first three days of Holy Week, on Monday, Tuesday and Wednesday, the custom was to have only plain readings from Scripture; later, what was read each day were the separate accounts of the Passion. Then as now, these were days of stillness and silence when all were to be prepared, emptied, turned towards the Saviour’s great work.”

In an odd and almost apocalyptic way, the World spent the start of Holy Week in wonder, awe and horror as they watched live scenes of the Great Notre Dame Cathedral implode in flames and fire. For many it brought back memories of the horror of 9/11 where Humanities greatest towers like the Tower of Babel, or the Temple in Jerusalem are brought to ruin.

As with all human constructions, towers like these can be rebuilt. Such was the case of so many churches and cathedrals (Coventry, Cologne etc.) after WWII.

But events like this are harsh reminders of our great vulnerabilities. The Collect from the Burial Rite in the BCP comes to mind. “O God, whose days are without end, and whose mercies cannot be numbered: Make us, we pray, deeply aware of the shortness and uncertainty of human life.”

Here at the Monastery we are a bit protected from what seem to be in other lands immanent danger. There is an incredible peace and quiet in and around the monastery. The still not full- easter moon has begun to appear on the horizon around 5 pm. Yesterday was the first day I experienced the Sunset in all its glory with the Moon opposite the setting sun. It was Mother Natures way of reminding us that Resurrection is in the working.

I picked up a little book I had downloaded and forgot on my iPad yesterday.

“Because Lent it is a serious matter it does not have to be a gloomy one. We are not pretending in Lent that Christ is not risen from the dead; the light of Easter shines through the whole of Lent so that it is a bright season, of lightness, of running the race that is set before us, looking unto Jesus. The Anglo-Saxons, for all their enthusiasm for Roman ways, stubbornly and without argument preserved this sense by their use of the words ‘Easter’ and ‘Lent’, words with a different connotation from the universal Pascha and Jejunium. Easter they took from Eostere, goddess of spring; and Lent was their word for spring itself.”

For those of us fortunate to live in the Northern Hemisphere, the Journey towards Resurrection is also a journey towards Springtime and New Life.

In many parts of the north these are the days when the Robin appears again to nest. The Robin has an ancient connotation with the death and resurrection of Christ.

Robins are heralds of our Spring. We eagerly await the sighting of the first Robin. And in Christian lore the red-breasted birds have even more associations with Spring. The story goes that the Robin felt Christ’s agony during the Crucifixion, and went to pull a thorn from His brow. One version says that some of Christ’s blood fell upon the birds breast, while another version says that the bird was wounded; both versions agree that the Robin was blessed for the act of heroism.

A fairy tale version of the story goes into more vivid detail….

“How cruel human beings are!” said the bird after a while. “It isn’t enough that they nail these poor creatures to a cross, but they must place a crown of piercing thorns upon the head of one of them. I see that the thorns have wounded his forehead so that the blood flows,” he continued. “And this man is so beautiful and looks about him with such mild glances that everyone ought to love him. I feel as if an arrow were piercing my heart when I see him suffer!”

The little bird began to feel a stronger and stronger pity for the thorn-crowned sufferer. “Oh! if I were only my brother the eagle,” thought he, “I would draw the nails from his hands and with my strong claws I would drive away all those who torture him!” He saw how the blood trickled down from the brow of the crucified one, and he could no longer remain quiet in his nest. “Even if I am little and weak, I can still do something for this poor tormented one,” thought the bird. Then he left his nest and flew out into the air, describing wide circles around the crucified one.

He flew around him several times without daring to approach, for he was a shy little bird who had never dared to go near a human being. But little by little he gained courage, flew close to him, and drew with his little bill a thorn that had been imbedded in the forehead of the crucified one. And as he did this there fell on his breast a drop of blood from the crucified one; it spread quickly and colored all the little fine breast feathers.”

Stillness and Silence mark these days of eager waiting for the final Three Days known as the Holy Triduum (Holy Thursday to Easter Sunday). But stillness according to Benedicta Ward does not equal passivity and idleness.

“Someone went to visit an old woman in the city who was renowned for sanctity; she simply stayed in her room and the visitor said, ‘You idle old woman, what are you doing just sitting still?’, to which she replied: ‘I am not sitting still; I am on a journey.’”

We are all on a journey this week. We have some idea where it will take us, but we are unsure of it’s outcome or ability to transform us. Like the flames of the Phoenix that transform its ashes into Resurrection, (another bird story) so we hope that our lives will rise again out of the ashes of our own pain, suffering and earthly torments.

“Let us not then darken the joy of Christ’s victory by remaining in captivity and in darkness, but let us declare His power, by living as free men and women who have been called by Him out of darkness into his admirable light.” Thomas Merton 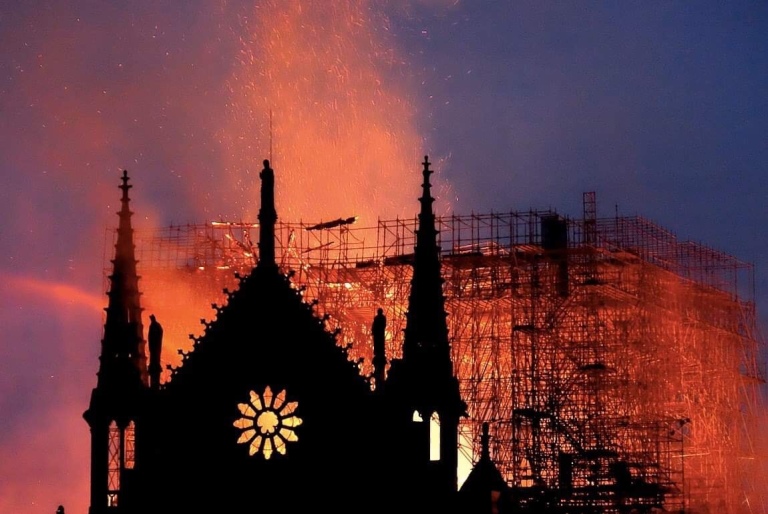